On 5th of February 2012 Brighton based event company called Stylish Events ltd is organizing Wedding Fair for the first time in Amex – the american express community stadium in Bighton.

This event had more than 1500 visitors last year and about 100 exhibitors.

You can also get Clarins gift bag for all brides and free copy of Your Sussex Wedding for the first 200 brides. There is free parking available if you go by car but also Falmer Train Station is less than a 10 minute walk away from the stadium. 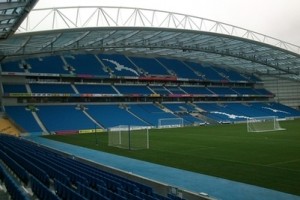